The sun was occasionally poking through the clouds and weighing up the option of either coming out to play or going back to bed. Thankfully, for the start of the morning, the waters were calm as we prepared to embark on our 8.5 km round trip biodiversity tour of the island (Inishmore) on which Cavan Adventure Centre is situated. Even so, it took the group a few minutes to get oriented in our kayaks and for our introduction talk. 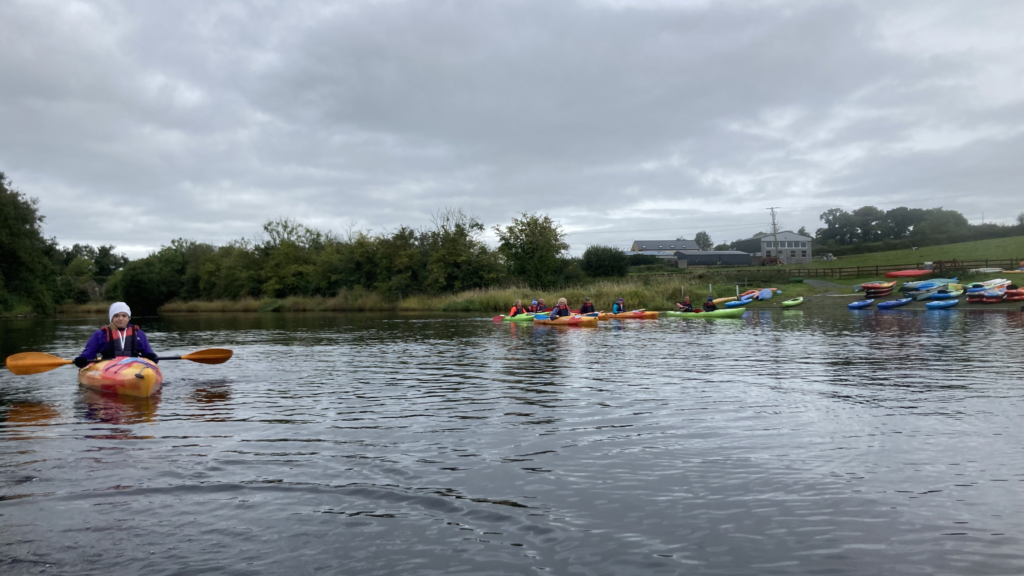 We were on our way soon enough and were blessed to see a bevy of swans after only a short paddle. I didn’t quite manage to count the exact number of swans though by my reckoning there must have been around 30 or more. Mated swans will usually seek a bit of privacy during the breeding season however in general swans (like the mute swans we saw that day) tend to be very sociable, gregarious birds and congregate in flocks for several reasons including abundance of food, safety from predators, and as a way for younger birds to learn from their elders. Around the same time as we were surrounded by these swans, several splashes in the water alerted us to the presence of some potentially very large fish. Without having seen the fish properly, I wasn’t able to firmly identify the species although one of our kayakers believes the fish he saw were pike. In fact, several species are known to inhabit the waters here including, roach, tench, bream, perch, and pike. Eel have also been reported in limited locations in the waters of the lough system although I have yet to have the fortune of seeing one.

Round the River Erne

As we continued around “duck island” and joined the Erne River some keen eyes caught glimpses of the elusive grebes ,predominantly great crested (Podiceps cristatus) and little (Tachybaptus ruficollis). The recent rains had brought the water levels back up since the very dry summer had made this section almost unnavigable. The visible land of the island , like so much of the landscape around the lough and river systems changes with the seasons as a result of inefficient drainage (Ireland, Department of Arts. Heritage and the Gaeltacht, 2013) and the changing water levels. The visible diversity of plant species is quite high at the moment in that there is a fair amount of land exposed above the water and although not necessarily easily seen, many birds could be heard calling in and amongst the branches of the trees, shrubs and other vegetation along the water’s edge. 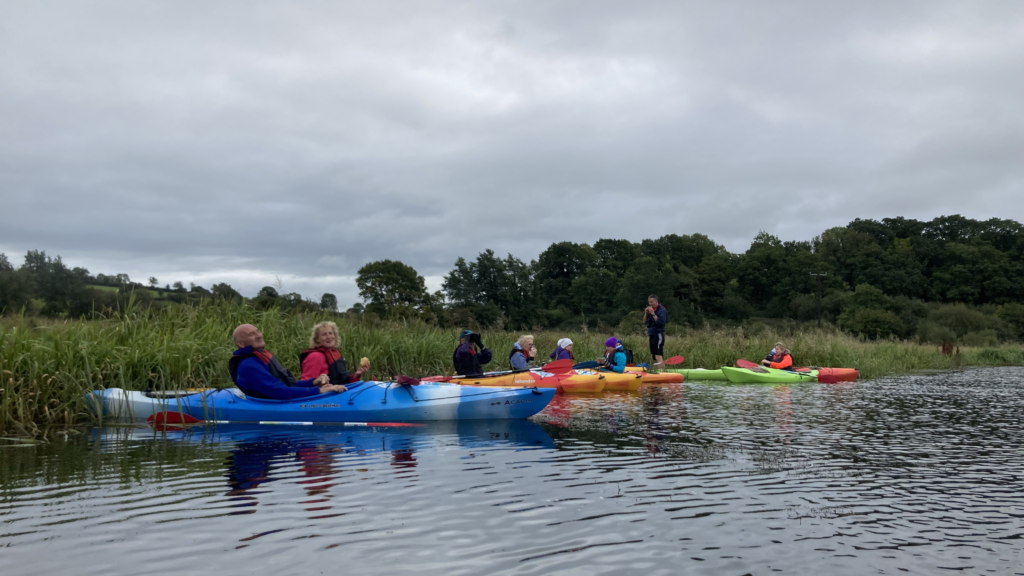 We continued along the river with Derryheen to our right and by this point, it seemed right to take a short refreshment break. The kayaks were tucked in amongst the reeds and we tucked in to some snacks, drinks and chatted. At this point, a distinct long mewing call of buzzards was heard nearby and after scanning the skies and tops of trees with my monocular, they were identified roosting in a tree a few hundred metres away. We were also really lucky to be on the opposite bank to a field with lovely horses with foals, a sight we again had the pleasure of as we continued further along after our break.

As we filtered through the narrowing channel and under the Annalee Bridge, some of our paddlers managed to spot a kingfisher (Alcedo atthis), a rare and magical encounter though often only fleeting. As we turned on to the more open waters of Carrafin lough the wind picked up and we found ourselves paddling against the current. We made another stop to catch our breaths and watch more of the fantastic waterfowl around including herons and geese before making the final push through another narrow channel and along the Inishmuck Lough towards Carratraw Bridge. A light misty rain had begun to fall which added a certain atmosphere to the experience. By the time we landed back at the centre, the rain had stopped again and I enjoyed listening to the sound of happy kayakers who, though physically tired, seemed to have thoroughly enjoyed the trip. 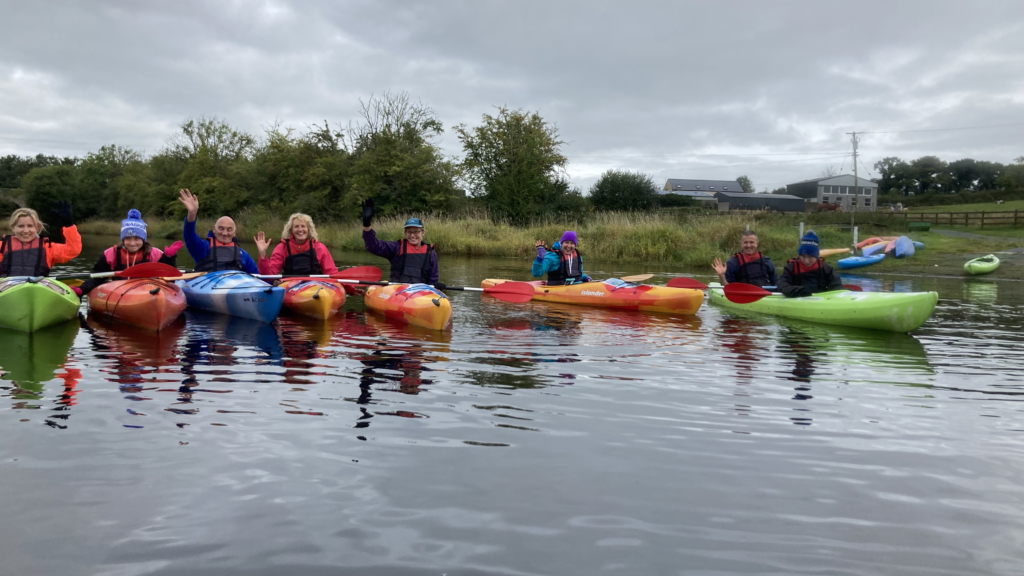 Having spoken with all of the kayakers on the day at one point of other, many if not all remarked on how kayaking along the rivers and lakes, away from the noise of engines and hustle and bustle of urban life allowed us to truly appreciate the wonderful sounds, sights and smells of this truly special area. I’d say we all slept well that night.